THE NATIONAL POLICY INSTITUTE is an independent organization dedicated to the heritage, identity, and future of people of European descent in the United States and around the world. It was founded in 2005 by William Regnery and Samuel T. Francis, in conjunction with Louis R. Andrews.

We publish original research on politics, demographics, the environment, history, and society. We host regular events, including major conferences in Washington, DC, and smaller gatherings across the country and in Europe. Richard Spencer and NPI are at the forefront of Alt-Right activism, appearing at America’s major colleges and universities and participating in demonstrations against amnesty, foreign wars, and the suppression of free speech. Through Washington Summit Publishers and Radix, NPI has produced vital works on identity, culture, society, and race and intelligence. NPI and Richard Spencer are both founders of RadixJournal.com and AltRight.com, which are daily destinations for news and perspective from the Alt-Right.

NPI is a central and indispensable component of the international Alt-Right. 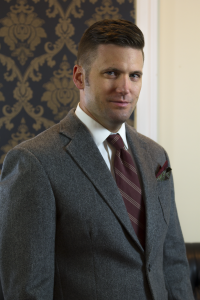 Richard B. Spencer is President and Creative Director of The National Policy Institute. He is Founder and Editor of Radix Journal and Co-founder and Co-editor of AltRight.com.

He was formerly Assistant Editor at The American Conservative magazine and Executive Editor of Taki’s Magazine (Takimag). In 2010, he founded AlternativeRight.com and is widely credited for coining the term “Alt-Right.”

Spencer has addressed every NPI conference and has been a guest speaker at the Property and Freedom Society, The Traditional Britain Group, American Renaissance, and the HL Mencken Club.