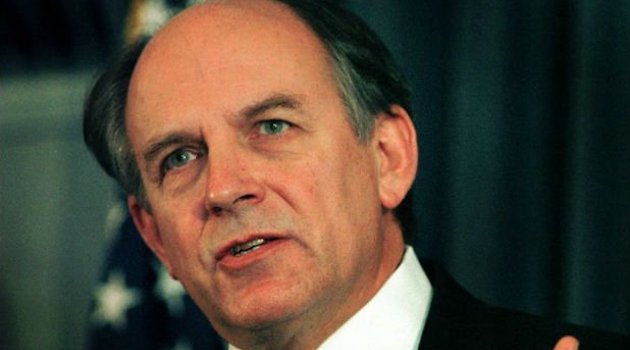 In writing Human Diversity, Charles Murray finds himself in an invidious position. His followers are eagerly expecting a work of outstanding insight, immense originality, and incredible intellectual bravery, along the lines of The Bell Curve (1994) or Human Accomplishment (2003). But, at the same time, Murray wants to make a significant contribution to, as he puts it, “the most incendiary topics in academia”: racial differences, gender differences, and also social-class differences. So, pleasing his fans won’t be easy.

Murray wishes to challenge the fanatical and woefully empirically inaccurate yet widespread view among academics that “race is a social construct,” “gender is (mostly) a social construct,” and social-class differences are the product of social factors, such as nepotism, a rigged system, or the legacy of racism. The problem is that anti-science ideologues are so influential that they are likely to work for most major publishing houses, including for the one that has given us this book. And even if they don’t, they have the political power to do serious financial damage to publishers who are courageous enough to put out books that speak heresy towards this latter-day religion.

Furthermore, Murray himself is a almost-Establishment academic—a scholar at the neoconservative think-tank The American Enterprise Institute in Washington, DC—whose niche involves creating cracks in the postmodern echo chamber, while still being “respectable” and at least partially—sometimes completely—submitting to the postmodernists. He has carefully positioned himself on the border between respectable and radical (in Clown World, being “radical” means going where the evidence takes you). The way to strike Murray’s balance is to engage in what I term “Bravery Signaling.”

In order to signal bravery, you present yourself as a controversialist, utterly unafraid of the postmodern mob, and, in so doing, you slightly enflame that mob, making you appear brave and interesting. You wax lyrical about how “I’m at a point in my career where I’m immune to many of penalties that a younger scholar would risk,” such as losing his job or facing ostracism at work. But you ultimately hold your fire when it comes to the most incendiary, yet empirically accurate, scientific research—the “monsters in the closet” of the kind that would have you labelled, in Murray’s words, “eccentric at best . . . a terrible human being at worst.” This allows you to write things like: “The differences among human groups are interesting, not scary or earthshaking.” And this permits you to remain part of the Establishment (or just outside of it) and continue to receive invites to smart dinner parties, while concomitantly gaining a less than fully deserved reputation as a “Defender of Truth” against the anti-Science Woking Classes that now predominate in academia and the Establishment.

Human Diversity is a manifestation of these pressures under which Murray labors. It is a compromise. It is an act of “Bravery Signaling.” And, therefore, for many readers, it will be a rather disappointing read. It should be said that Human Diversity does read beautifully. As we would expect of Murray, it is well-written, permitting the pages to flow by like a river on a summer’s day. The mass of information it gives you is, as usual, presented in well-explained and easily digestible chunks. It is aimed at the scientific layman, so it is at pains to carefully elucidate the assorted scientific and mathematical concepts that the reader needs in order to get his head around Murray’s argument.

Murray’s argument is one that many academics express to him privately, because they dare not do so in public, due to pressure from their fanatical colleagues. It is that there are evolved sex differences in personality and cognition, reflected in sex differences in life outcomes. There are evolved, genetic race differences, including in cognition, which also help to explain assorted life outcomes. And there are social class differences because there are differences in intelligence, for example, and these are partly genetic and strongly heritable. Along the way, Murray also provides us with a very useful reference work on the extent of sex, race, and even class differences in all manner of pathologies. For example, he neatly sets out the sex differences in everything from autism to anorexia. He provides us with hard data for stereotypes such as females tending to ruminate more, males being better at finding the way, and males being better able to focus on minor detail. I learnt many new things, such as that females have a more acute sense of touch.

So far, so insightful . . . and so brave. Readers who are not familiar with the research on these topics will come away concluding that Human Diversity is an extremely heroic piece of work. But I am afraid this is an illusion. Murray concludes that there are no sex differences in intelligence—a conclusion he comes to by appealing to authorities who are either leftist or out-of-date—and that, if there are, they are “trivial.” Murray completely ignores the most recent research, which indicates that there is a difference of a third of a standard deviation between adult males and adult females, as discussed by Richard Lynn in a series of studies.[1]

The people doing the genuinely fearless research into race and sex differences are those associated with the London Conference on Intelligence. This was the subject of much media controversy when it was revealed, in 2018, that it had been taking place at University College London for many years, right under the noses of the academic Stasi who run the place.[3] Many of the attendees have braved serious consequences, such as being fired from their university, for going where the data takes them. They include Richard Lynn, Michael Woodley of Menie, Davide Piffer, Noah Carl, Helmuth Nyborg, Heiner Rindermann, Guy Madison, Emil Kirkegaard and myself[4]. The only one of these who is cited is Richard Lynn—on sex differences in IQ—and, even then, his most recent research, refuting his critics is completely ignored.[5]

If I was being uncharitable about this book I would ask: “Do Charles Murray’s friends call him “Chuck”? If so, perhaps the “h” should be removed from that nickname.” If I was being charitable, I would suggest that Murray is playing a political game. The book is a means by which he can help to move public discourse in the direction of accepting the empirical truth. However, he recognizes that if he tells them the full the truth, then, indoctrinated as they are, they may put their fingers in their ears, so . . . gently does it. But, either way, Charles Murray is a “Bravery Signaler.”