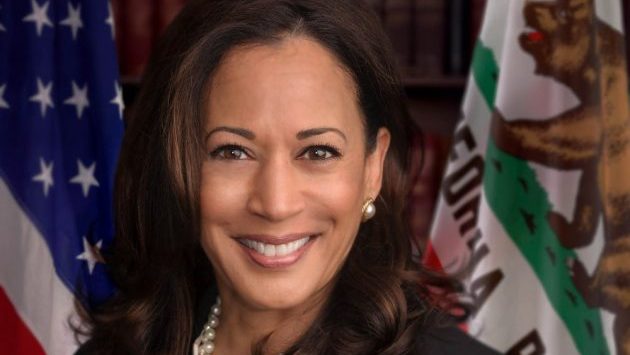 So what should we expect in the coming year, as America’s most popular reality show, the Presidential election, gets renewed for a new season?

The Democratic Party has had success running moderate, White candidates in Pennsylvania, Virginia, and Alabama. But that formula is untenable in deeply Blue districts, as has been demonstrated most saliently in the primary victories of Alexandria Ocasio-Cortez in New York and Ayanna Pressley in Massachusetts. The primary process benefits the hardliner at the expense of the moderate.

It is this general dynamic, in addition to other fortuitously favorable conditions, that leads NPI to predict Senator Kamala Harris of California, as of yet not even a household name, as the surprise 2020 Democratic presidential nominee.

That all red-blooded American men will recoil in horror at the prospect of a President Harris will be a feature, not a bug, of her appeal during the primary process.

In an address to the Human Rights Campaign in 2017, Harris revealed the rhetorical foundation of her 2020 campaign:

Sharing a debate stage with Joe Biden, Bernie Sanders, and Elizabeth Warren, it will be obvious to Democratic primary voters who is best able to speak said truth. For her White opponents to deny her assertions will be to relegate themselves to less than one percent support in the polls. For them to assent, as all will assuredly do, will be to cede moral authority to Harris.

When Mark Zuckerberg’s name was first bandied about as a potential Democratic nominee, he was seen as an intriguing dark horse, who could “out-Trump Trump” as a political outsider and appeal to the rising Millennial demographic. He even visited Ohio. Two years ago, Facebook and social media were considered a potential solution to America’s political woes. Today, in the wake of the Russian hacking allegations and Zuckerberg’s appearance before Congress, both have come to be viewed as part of the problem. In 2020, the Zuck’s political prospects are dim at best.

Hillary Clinton’s shear Will To Power might equal that of Genghis Khan, but a third presidential run would be greeted by Democrats as a recurring nightmare. In October, Senator Elizabeth Warren engaged in the most catastrophic self-dox in political history by releasing her ancestry results. Bernie Sanders now serves as the progressives’ spirit guide rather than a serious presidential contender. And Joe Biden, who is even older than Donald Trump, ran for president in 1988 and again in 2008, with support so lackluster that he failed to win a single delegate in either of his bids.

Harris is the candidate whose time has come. She is a youngish, part-Black, part-Indian woman from the West Coast running against a host of geriatric Whites from the Northeast. The alleged sex tapes of her with former San Francisco Mayor Willie Brown will not derail her candidacy. To the contrary, she will be able to use their revelation to point out the political “glass ceiling” that forces qualified women of color like herself to debase themselves just for the opportunity to assume positions of prominence. Having overcome these oppressive racist and misogynist obstacles firsthand, she will be uniquely situated to ensure their systematic removal.

Nikki Haley’s recent resignation from her ambassordship to the United Nations, and her making the rounds of Republican donor circles, has led some to speculate that she might lead an establishmentarian challenge against Trump in 2020. There’s no question that she and many in the GOP leadership would love for such a thing to occur. However, a “Never Trump” insurgency is not in the cards, even after the GOP’s disappointing Midterms. Trump’s approval ratings among Republicans are at stratospheric levels, hovering between 80 and 90 percent. That simply won’t change in the next 12 months, when a prospective campaign would have to be birthed. Haley will have to wait until 2024, when the party establishment will attempt to regain control and put forth “respectable” candidates again.

Many things will be different by the time the presidential campaign heats up a year from now. We predict that, as the eight-to-ten year bull market turns over, economic issues will become much more prominent than in 2016. That said, Trump’s path to victory remains the same: an Electoral College squeaker that will drive liberals into conniption fits. And we shouldn’t forget how close it all was. How many of those 100,000 voters in Florida or 10,000 in Michigan—Trump’s margin of victory in respective states—will have been displaced by immigrants or have literally died by the time 2020 rolls around?

A Donald Trump victory in 2020 remains just as possible and impossible as it was in 2016.