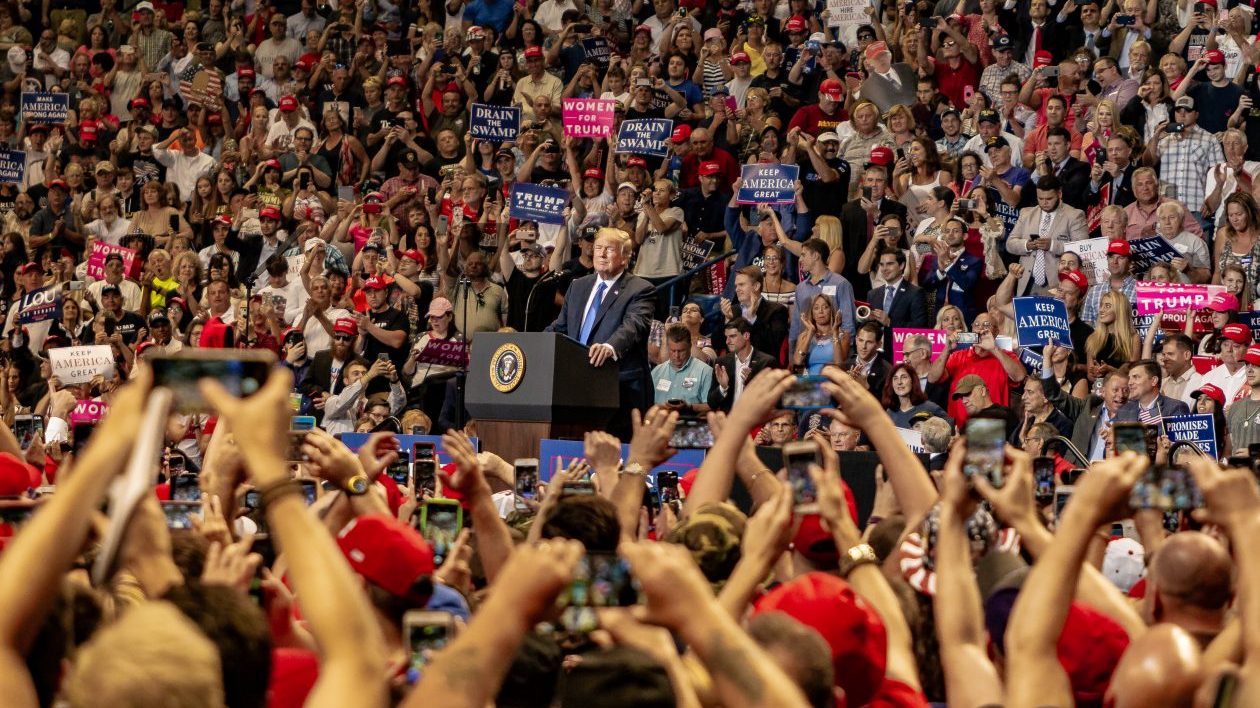 Does Trumpism Have a Future?

In the aftermath of Trump’s election, it was widely presumed new political groundwork would be laid over the rubble of the old. That has not happened. While Republican voters are increasingly adopting “Trumpism”—viewing immigration as an existential issue and embracing economic nationalism—the Republican establishment emphatically is not.

In this regard Trump is revealing himself to be a transitional figure rather than a truly transformational one. He has widened the political Overton Window and provided a template for electoral success, but has made little effort to replicate that at the state and local levels.

The disconnect between congressional the Republican leadership and the voters who put them in power is enormous. As Paul Ryan and Mitch McConnell attempted to make the 2018 Midterms about tax cuts and dropping more bombs in Syria, the Republican electorate became increasingly nationalist.

It has fallen to aspiring politicians to do the work on their own initiative, and a new contingent has correspondingly stepped forward. Kris Kobach of Kansas, Brian Kemp of Georgia, and Rick DeSantis of Florida were outspent and out-endorsed by the party establishments of their states. With a populist, Trumpian message in lieu of campaign contributions, they won their primaries and are all competitive in their gubernatorial races.

The Georgia’s governor race is especially indicative of the future of American politics if the demographic transition continues. In 1990, Georgia was 70.1 percent non-Hispanic White. Today it is just 52.8 percent. By the 2020 presidential election, it will have joined the growing number of “majority-minority” states that include Hawaii, California, New Mexico, Texas, Nevada, and Maryland.

The Black Democratic candidate for governor, Stacey Abrams, has referred to illegal aliens as part of the “Blue Wave”. Polling indicates the vote will split strongly along racial lines, with Whites voting three-to-one for White Republican Kemp and non-Whites for Abrams at an even higher rate.

The late Lee Kuan Yew, founder of the modern state of Singapore, famously said “in multiracial societies, you don’t vote in accordance with your economic interests and social interests, you vote in accordance with race and religion.” A SurveyUSA poll on the Georgia gubernatorial election illustrates the profundity of that observation. In addition to asking respondents about their vote in the upcoming governor’s race, it also inquires about eight policy questions. The racial disparity on the question of which candidate to support—the identity question—is far greater than it is on any of the policy questions. The future of American politics is one in which the importance of identity increasingly gains at the expense of ideology.

As these campaigns illustrate where the Republican party is headed, the Alabama special election Senate race in Alabama showed what it is leaving behind. Roy Moore mentioned immigration as an afterthought, endorsing the construction of a wall along the U.S.-Mexico border with reluctance. His was a campaign focused on God, tax cuts, military spending, and Israel. He lost in a state that Trump won by 28 points.

Political realignment is also occurring in the Democratic party. Now-Senator Doug Jones beat Roy Moore by not being Roy Moore—and portraying himself as a moderate White guy. Jones avoided immigration even more studiously than did the former State Supreme Court Judge. As a legislator, Jones has been a reliable vote in favor of open borders, but he knew better than to campaign on the demographic transformation of the United States.

Opposition to the demographic transformation of the United States remains the issue that connects the grassroots of the party with the very top—Trump, himself. Whether the “middle” of the Party (its establishment and DC policy-makers) will get on board and integrate nationalism into a coherent agenda remains to be seen. And to be frank, it is highly doubtful.