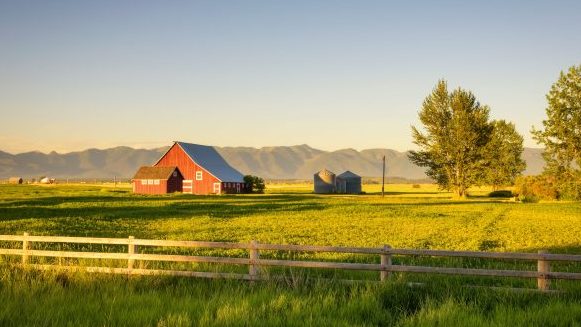 By the fall of 2018, noted election analysts, from Charlie Cook to Nate Silver to Larry Sabato, observed a strange divergence in their Midterm forecasts: models for the House clearly favored Democrats, whereas models for the Senate favored the GOP. Historically speaking, split Congresses are exceedingly rare: this scenario occurred only one time between 1933 and 1993. But they have become more common in the “Red Era” that began in 1994. Congresses were muddled from 2007 to 2015, which resulted in the inaction during most of Obama’s presidency.

The potential for a split Congress derives, to a large degree, from the curious nature of the American system. At the 1787 Constitutional convention, a “great compromise” was reached between the more populous northern seaboard and the sparsely populated states in the South, Midwest, and Frontier: the Philadelphia delegates gave equal representation to each state in the Senate and proportional, popular representation in the House. House members would reflect “local interest” and would be elected every two years in their districts. The Senate would be the more “aristocratic” body, with Senators elected for six-year terms, and would put largely agriculture states on equal footing with the east coast.1

Senators are elected in a staggered fashion, meaning that every two years, one-third of the Senate is up for a vote. In 2018, Fortuna looked fondly upon Republicans. Only eight of their 51 seats are in play, whereas 23 of the Democrats 49 seats are in jeopardy. This is a striking Republican advantage.

But this coming split between the House and Senate, which we are predicting, is not just a matter of a dumb luck. Indeed, America’s 18th-century political design will be inflected by 21st-century demographic realities: it will be split, polarized, and, to a great degree, racialized.

The state of California contains some 40 million people; the city of Los Angles, 4 million. Rural, White Montana, on the other hand, has 1 million total citizens, along with some 2.5 million cattle. Yet Montana and California have the same number of Senators—two. As a ratio of people to senators, a Montanan has 40 times the representation in the Senate than a Californian. Indeed, a Montana cow could boast of greater power in the Senate than a human living in San Francisco. Jokes aside, this structure colors how the upper Chamber functions and sets priorities.

Due to geographic dispersion—or what’s often called the “Big Sort”—Democrats are in firm control of the big cities (and states with many big cities in them). White Republicans, in turn, control more and more smaller districts in the “hinterlands.”

There are, of course, exceptions to this rule: Democrats control California, New York, and Illinois, but not (yet) Texas; Florida remains decidedly “Purple.” Much of this has to do with “gerrymandering,” a bugbear of the Left, but it is fundamentally a case of geographic dispersion: re-districting aside there are simply not many Blacks in rural Nebraska. This phenomenon has been developing for a long time and is coming to a head in the age of Trump.

In 2004, George W. Bush defeated John Kerry in a reasonably close vote, 51-48. Mapping of the election county-by-county told a very different story. The entire Heartland and South was deep Red, with some Blue outliers in predominately African-American districts and urban centers. Someone in, say, Casper, Wyoming might literally not know another soul who voted for John Kerry, to paraphrase the infamous quip by Pauline Kael. 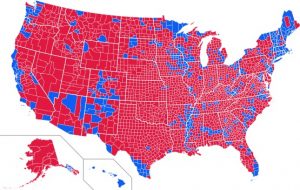 This showed no signs of changing in 2016. 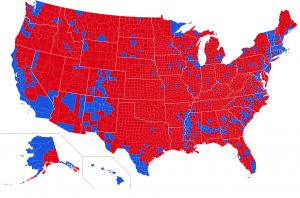 This geographic distribution was the key to Trump’s improbable Electoral College victory in 2016. The Electoral College is made up of 538 representatives (“Electors”), which are divided proportionally between the states based on how many Senators and Representatives each has. For examples, California has 55 Electors for its two Senators and 53 Congressmen; Montana has three Electors for its two Senators and sole Congressman. Again, we see the asymmetry between population and the distribution of power: California has 40 times the population of Montana, but less than 20 times the number of Electors. And again, we see how America’s mediated, representational—and not strictly democratic—system favors Republicans.

It was not long after Trump’s victory that there arose a meme among liberal commentators that the Electoral College was “racist,” not simply owning to its elitism and origin in the age of slavery but for the indisputable fact that it grants more power to Whites—rural, conservative Whites at that. Trump won Michigan by a mere 10,000 votes. Hillary Clinton won California by some 4 million. Liberal critics pointed out that Clinton would have received the same number of Electors if she had won California by a single vote. Thus, those four million votes were “wasted”—and theoretically could have been distributed across the country.

In the coming years, the Senate, too, will be labeled a “reactionary” institution, a bastion of White power that does’t reflect the demographics of the country. Such critics will have a point. A Senate that directly expresses America’s demographics would not have approved the nomination of Justice Bret Kavanaugh, nor would be able to continue to inform the balance of the Supreme Court with the imminent retirement of Justice Ruth Bader Ginsburg (85), and possibly Stephen Breyer (80).

The political “polarization” of the past 30 years is not simply a matter of politics: it is about race and the distribution of race across the country. It will result, not simply in acrimony and mutual distrust, but a questioning of the very structures of the Republic.

8 thoughts on “The Great Decoupling”