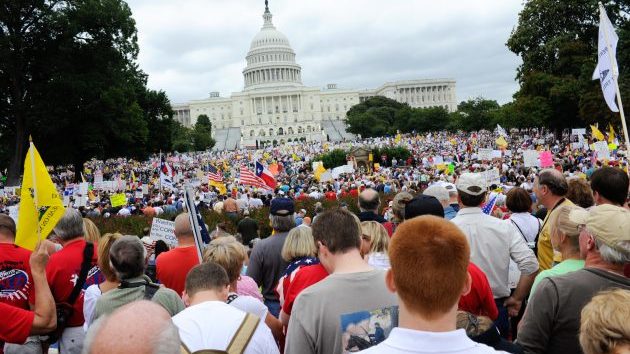 Realignment and The New Majority

Intra-party coalitions are the essence of America’s stable, two-party structure. Realignment of these coalitions are, in the words of Walter Dean Burnham, America’s “surrogate for revolution.”1 While Europe suffers through coups d’etat, popular revolts, and abdications, America experiences 30-year cycles of party hegemony.

Realignment is effectively the rearranging of how geographic, class, occupational, and ethnic interests vote for Congress and the Presidency. As John Judis and Ruy Teixeira write, “Majority coalitions are not necessarily homogeneous. They are like old cities that are periodically rebuilt. They may be recognizable by their newest buildings and streets, but they also contain older structures and streets.”2 Reorderings occur when one party fails to address a major social crisis, and they are almost always sparked by economic downturns.

Looking back at the 20th century, Republicans had predominated in Washington since the William McKinley administration of 1897. Franklin Delano Roosevelt’s election in 1932 changed this and foretold the long-term rule of his New Deal coalition: an unlikely marriage of Southern conservatives (and segregationists), urban industrial workers, small farmers, and ethnic minorities. This coalition was then fragmented in the 1960s by the civil-rights movement, urban riots, de-segregation, and the rise of race politics.

In 1964, Senator Barry Goldwater’s presidential ambitions were crushed in a historic landslide; he was, however, able to win the Deep South states (a seemingly impossible achievement by a Republican) by opposing the civil-rights movement on libertarian grounds. This was followed, four years later, by George Wallace’s explicitly segregationist campaign. Both candidates were unsuccessful, but both announced the coming of a new “conservative coalition,” one that would lead to major victories by Richard Nixon (’72), Ronald Reagan (’80 and ’84), George H.W. Bush (’92), George W. Bush (2000 and 2004) and, of course, Donald Trump—all of which were based on strongholds in the South. The “conservatives” finally achieved dominance in Congress in 1994, reversing 60 years of Democratic rule.

The “conservative coalition”—announced by Goldwater and cemented in the ‘80s and ‘90s—is, amazingly, still in tact. Similarly, urban Whites’ and Blacks’ loyalty to the Democratic Party is nothing new.

This is a phenomenon Democrats have recognized for a long time. In a commencement address at Portland State University in 1998, President Bill Clinton articulated a vision of America (and his party) that will forever be remembered by the monicker “2050.” On this date, as a result of a century of immigration, Whites—indeed, no single race—would predominate demographically; political power would be determined by this new “majority minority” electorate. NPI’s research, which takes into account exit-poll data and not just the official U.S. Census, suggests that this “2050” date might occur as soon as the early 2030s, with Whites becoming a minority of the voting population by the mid-2040s.

Barring a dramatic demographic reversal—or Whites voting as a block at levels of 75 percent and beyond—this “conservative coalition,” which sustained Republican Presidents from Reagan through Trump, is simply not long for this world. The fact that it has lasted this up until now is a kind of miracle.

3 thoughts on “Realignment and The New Majority”